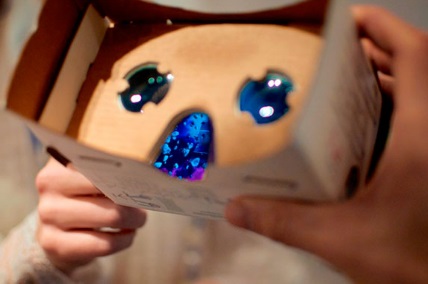 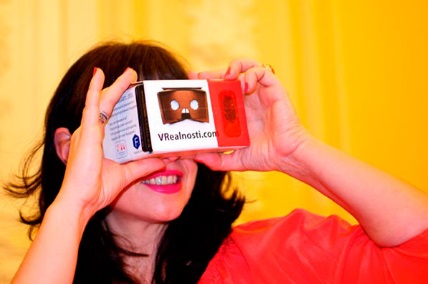 photo from the event 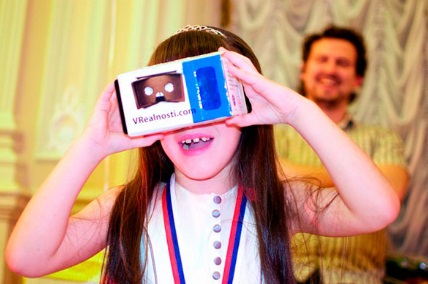 Multiplayer game for VR case. To start you need 2-5 phones with stereographic accessory google cardboard type, the wifi network and computer running the server from which you can display a review image for the viewers actions.

VR Game was successfully demonstrated as an attraction for children and adults who are divided into teams staged a tournament. The whole scene and the contest was broadcast on a large screen, allowing viewers to follow the game. 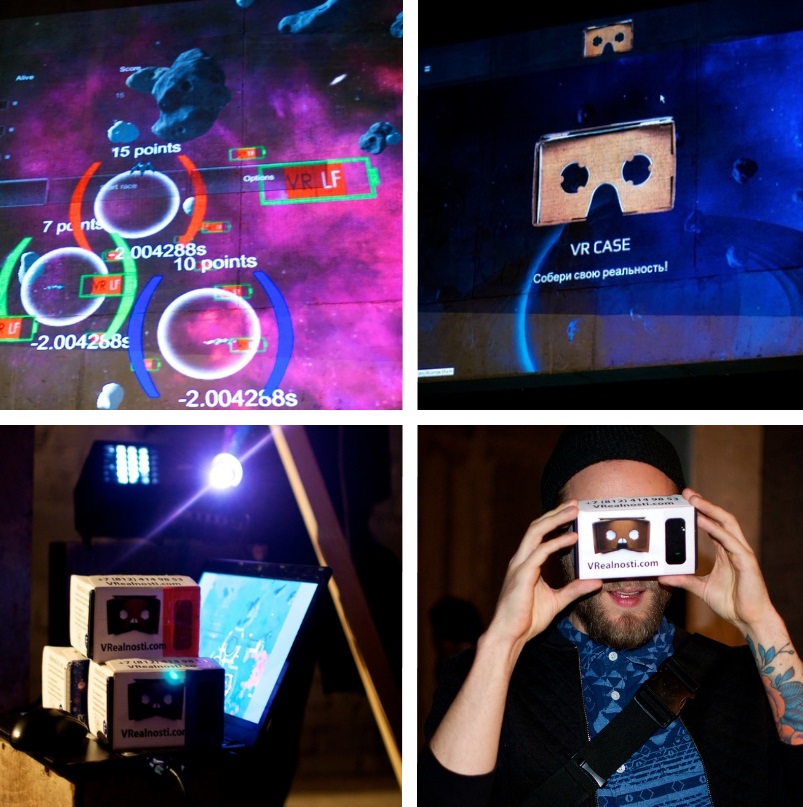 – main task is to collect as many bonus icons as you can, and dodge from asteroids

– the audience will not be bored — the whole scene is transmitted to a monitor/projector, and the excitement fueled by the competitive incentive

– using the game you can also play with various prizes